The Hunna Blew up Like a Bonfire at Rock City, Nottingham 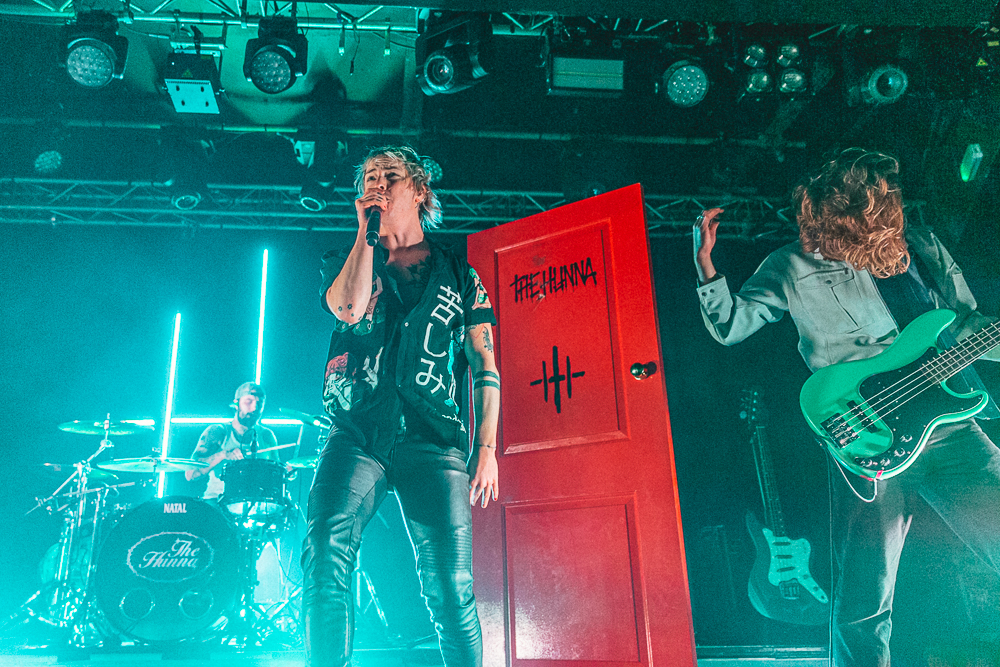 Indie-Rock band The Hunna toured Nottingham on 10th November 2021 after playing to a sold out Rock City.

The English triad, aka The Hunna, are best known for their popular hits she’s casual, Piece by Piece and Bonfire. Promoting their most recent album I’d Rather Die Than Let You In. The band played 18 songs from their sold-out tour.

Next up, The Hunna seamlessly took to the stage and delivered an incredible performance. The band played fan-favorites Cover You, I Wanna Know, I’d Rather Die Than Let You in; as well as classics Piece by Piece and She’s Casual which brought the crowd to life. The show’s setlist was a creative mix of throwbacks and modern hits. Their large red door caught the eyes of everyone who entered Rock City which intrigued many fans. You should definitely make sure to snag tickets to The Hunna’s next show Dublin on 13th November 2021.

The Hunna are currently on their tour promoting their new album I’d Rather Die Than Let You In; you can find all future dates here. All in all, all acts Kelsy Karter, IDOLISING NOVA and The Hunna pulled off an incredible show for Nottingham.