The 1975 Tour Takes to Birmingham Arena 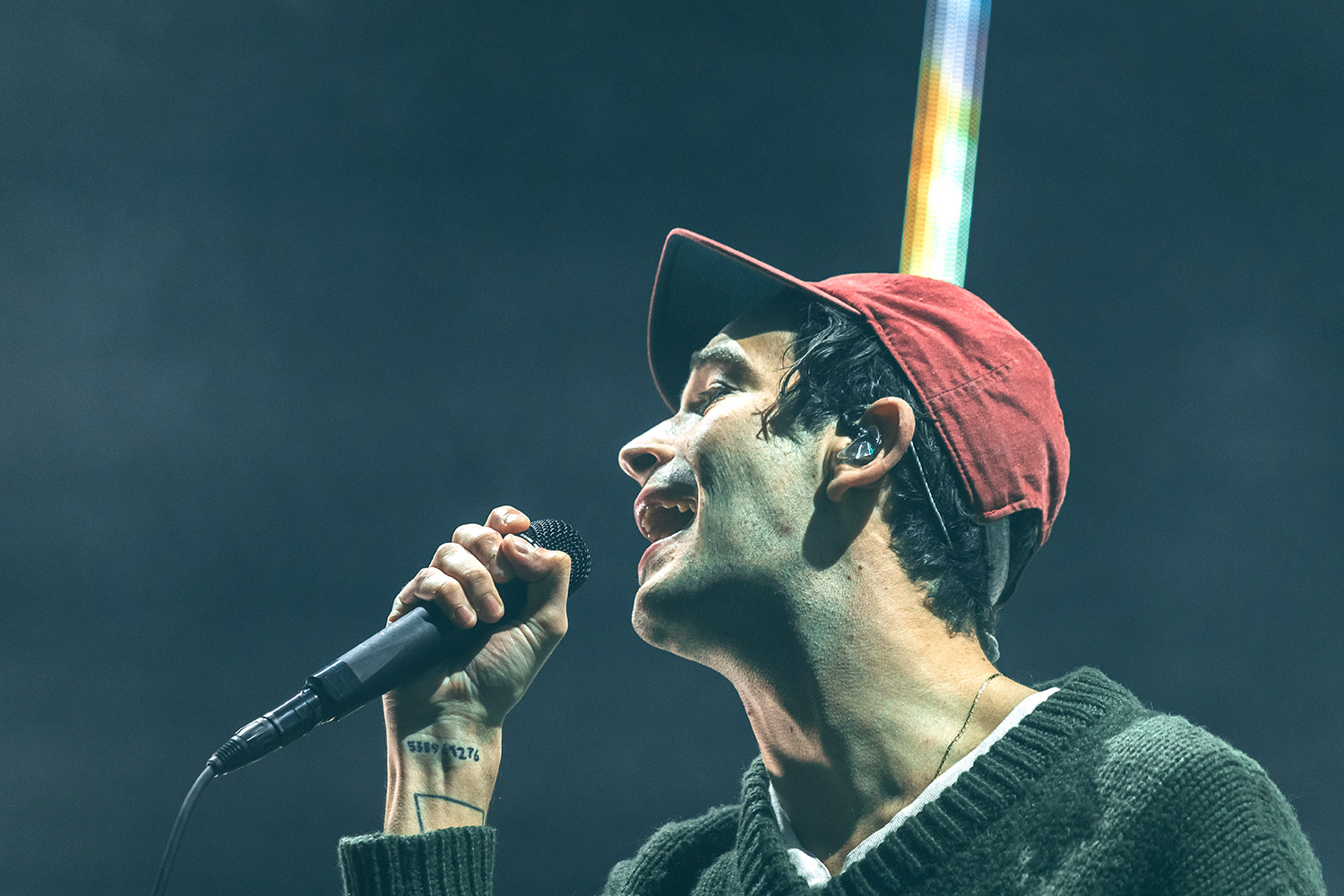 The 1975 tour takes to Birmingham Arena with their album ‘A Brief Inquiry Into Online Relationships. Supported by the likes of No Rome and Pale Waves. I had the privilege of photographing all three artists, within this blog you will see my photographs/pictures for No Rome, Pale Waves and The 1975 tour. Prints are available for this shoot at an affordable cost. You can contact me for any specific photograph within this blog or visit my shop.

No Rome Supporting The 1975 Tour

Before The 1975 tour hit the stage we were greeted by No Rome. The London based Filipino musician, better known as Guendoline Rome Viray Gomez, impressed many with his indie musical talents. Also signed by the same record label (Dirty Hit), The 1975 introduced us to a talented artist that many did not know. But that didn’t Stop No Rome, he got the sold-out arena warmed up; a great introduction for the night to come.

With a very similar style to The 1975, Pale Waves were greeted lovingly. Stated as Matty Healy’s favourite band they most definitely lived up to the expectations. The Manchester band consisted of Heather Baron-Gracie as the lead singer who also met drummer Ciara Doran while attending University in Manchester, later additions included guitarist Hugo Silvani and bassist Charlie Wood to complete the line up. Also signed by Dirty Hit, Pale Waves brought energy, passion and talent to the stage. A few songs later and it was time for The 1975 tour to take the stage.

Kicking off their performance with some videos and the iconic self-titled song ‘The 1975’ blaring Matty Healy’s pre-recorded vocals only caused suspense throughout the sold-out stadium. Eventually transitioning their song to ‘Give Yourself a Try’ followed by The 1975, resulting in the stadium falling into nothing but excitement. The transitions from song to song was great with a mix of fan favourites and newer songs, such as ‘It’s Not Living (If It’s Not With You)’ and ‘How to Draw/Petrichor’. Overall the show was great, especially the stage production. With a setlist of 22 energetic tracks, The 1975 most definitely delivered a must-see tour.