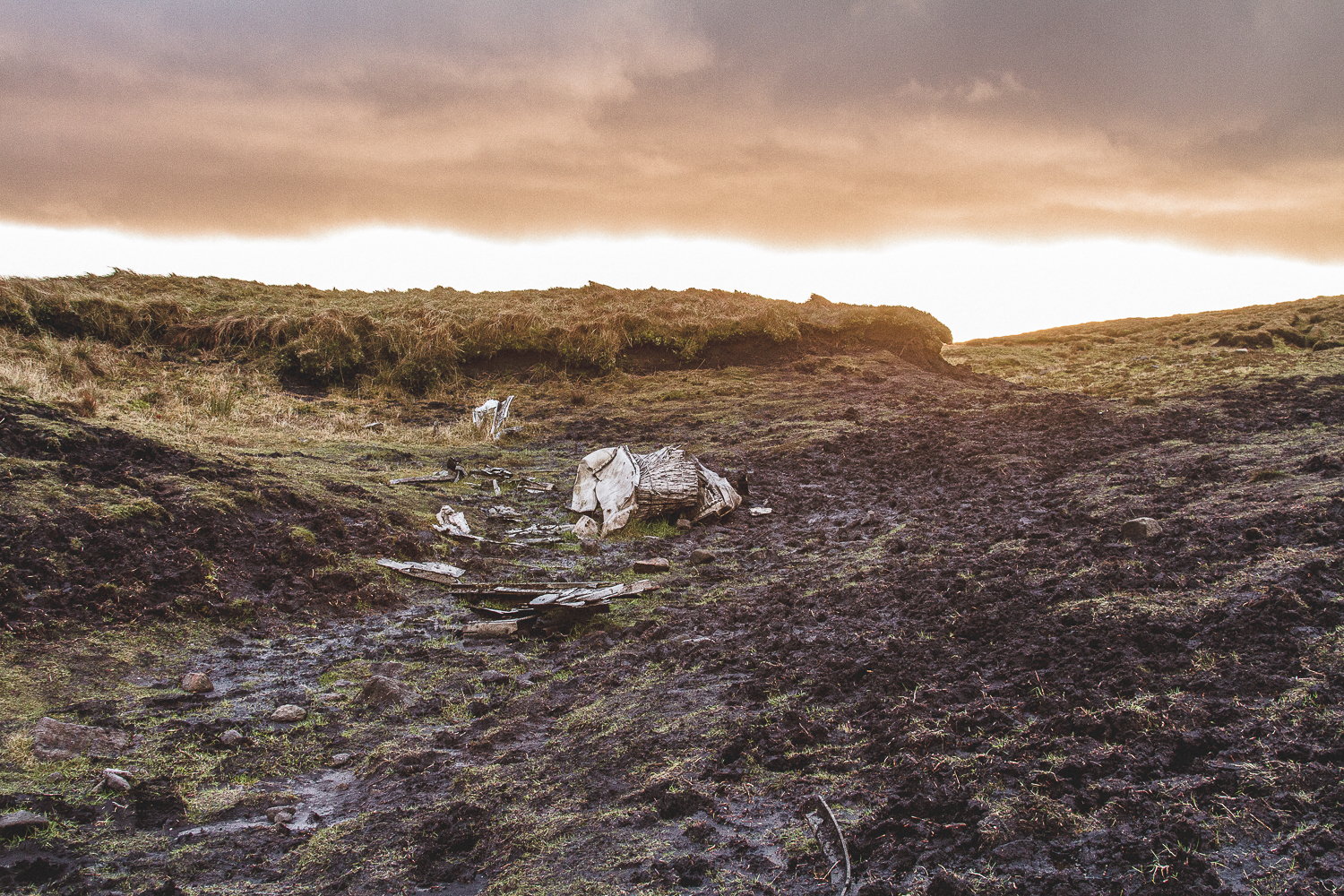 On the roof of the peak district lies a shattered body of the B-29 aeroplane crash from 1948; Landing gear, engines, wing segments and rubble scattered just before the higher shelf stones. Over the last century over 150 aircraft have crashed in the peak district, many making impacts with the high slopes and rocky edges. The majority of crash sites have been cleaned up or removed, however, the B-29 crash site is still there to this day.

Parking at the A57 snake summit along with a lay-by road and heading north towards the Pennine way towards Bleaklow Head is where you will find the crash site. Throughout the second world war, there were regular flights over the peak district as well as much aerial training, with inexperienced pilots, faulty equipment and bad weather, many hit the ground sooner than planned.

A half an hour walk towards the summit of Higher Shelf Stones, through dense and shallow terrestrial you can find yourself at the B-29 crash site. With the event happening on 3rd November 1948 the remains of the plane can still be seen to this day. A B-29 Superfortress of the USAF 16th Photographic Reconnaissance Squadron crashing in a thick cloud.

Taking place over 70 years ago, it looks as though the crash could have recently happened. The amount of wreckage on the land is immense and surprised it is still there to this day. The B-29 plane was on a routine 25-minute flight between RAF Scampton in Lincolnshire and USAF Burtonwood near Liverpool; the plane which was nicknamed the ‘Over [email protected] had been used to photograph the Pacific atomic tests and was a veteran of the Berlin airlift. A crew of 13 who had already completed their period of service were due to fly home to the States in as little as three days; unfortunately, there were no survivors from the peak district plane crash. Flying low at 220mph the impact must have been daunting.