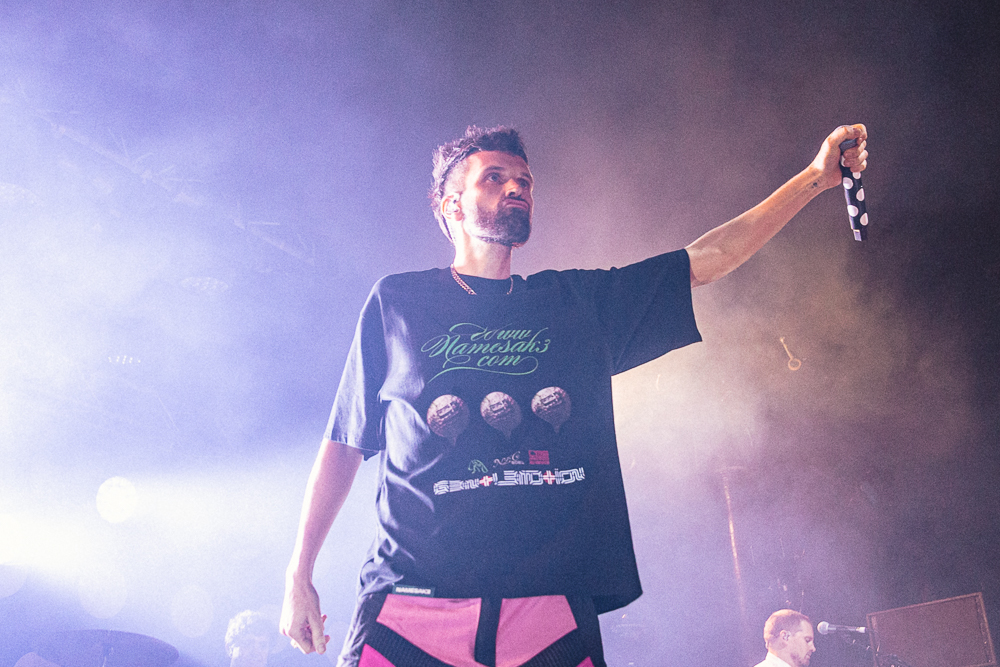 It’s no surprise Kasabian sold out Rock City on 20th October 2021. With their burgeoning career, it was only a matter of time! Continuing their widely successful UK Tour, the band hit up Nottingham and delivered a stellar performance. With The Skinner Brothers opening for them. The pair pulled off a faultless performance that led as a testament to their talent. Read more about the incredible show below.

Taking over Rock City, the opening act The Skinner Brothers warmed the eager crowd with a string of addictive hits. The set, which lasted close to an hour, built an immersive atmosphere built up with crowd chants and excitedly singing. Best likened to Kasabian, the band stuck to their rhythm and closed off their show with a memorable closeout.

Shortly after, the moment everyone was waiting for finally arrived. Kasabian jump onto the stage with bags full of energy, excitement, and confidence. The audience reciprocated the buzz with gleeful screams. The show burst into action with Club Foot from the album Kasabian. A kickstart performance, the track was a flawless opener and brought the Nottingham crowd into full swing. Pizzorno craftily switched up the next track playing Ill Ray (The King), which got the crowd going. The set, which also consisted of You’re in Love With a Psycho, Shoot the Runner and Fire were unforgettable. Packed with theatrical nuances, lighting, and great set design, unquestionable levels of effort was pulled into making the show more than a rehearsed stage performance.

Kasabian delivered a night to remember. Sergio Pizzorno will continue to lead their UK Tour tour at O2 Academy, Sheffield on 21st October 2021. If my review didn’t convince you enough, consider this a dedicated endorsement to see Kasabian at their next show. It’ll be worth it!