DiMaggio Jones Perform in Lincoln on Behalf of Unlocked Lincoln 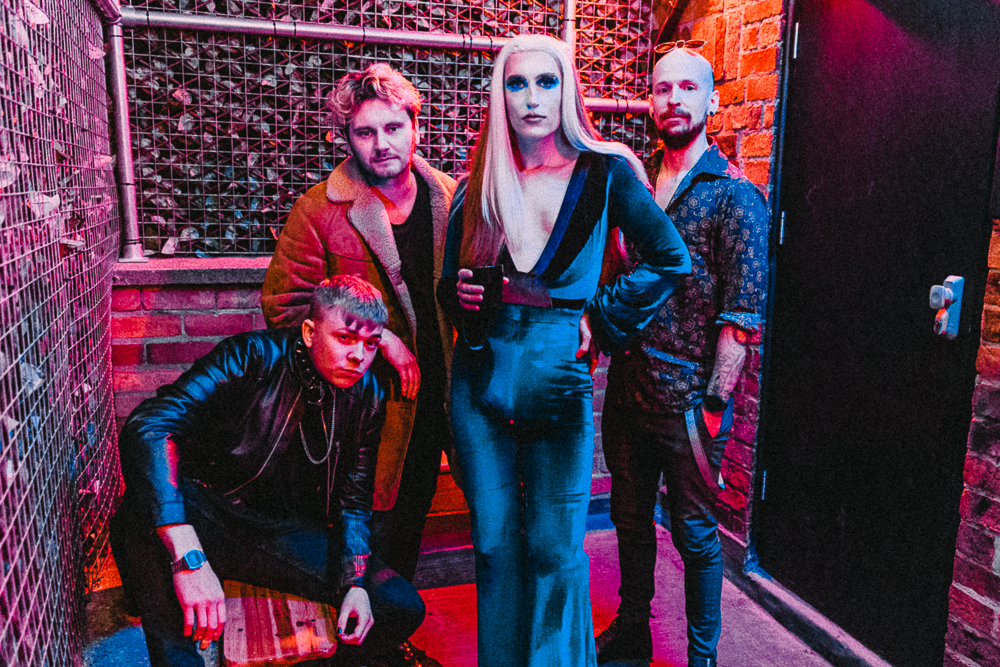 Indie-pop collective DiMaggio Jones Performed in Lincoln in absolute style on 5th November 2021 as part of unlocked Lincoln at The Scene.

The Lincoln based triad, aka DiMaggio Jones, are best known for their popular record Ghost and most recent album Lonely Boys Mixtape. The bands played songs from their Lonely Boys Mixtape along with single’s such as Sex games promoting their album.

Supporting the band was Serena Joy and Sam, a dynamic rising band and artist who are making a name for themselves within Lincoln. Serana Joy and Sam set a tone for the night with their bold opening set. Both got the crowd going with its punchy rhythm, catchy lyrics, and upbeat tempo. Following the set, both Serena Joy and Sam took the time to interact and chat to their fans.

Before Di Maggio Jones took to the stage I had the opportunity to meet, chat and laugh with the band. And what better way to introduce myself to the band than a photoshoot. So here you are, Meet Di Maggio Jones.

We have Hugh, the Drummer

and Jo, The Vocalist

Here they are, Hugh, Joe, Ed and Jo, also know as… DiMaggio Jones

Next up, Di Maggio Jones seamlessly took to the stage and delivered an incredible performance. The band played fan-favorite’s Sex Games, T-Shirt, as well as classics Ghost and Spanish Air which brought the crowd to life. The show’s setlist was a creative mix of songs curated from the 4 years Di Maggio Jones have been together. Di Maggio Jones most memorable moment was The strong interaction with the crowd, such as bringing their fans closer to the stage which encouraged many to dance, sing which without a doubt escalated the atmosphere. You should definitely make sure to snag tickets to DiMaggio Jones next show.

Di Maggio Jones are currently planning their next performance and you can find all future dates here on their Facebook and Instagram. All in all, acts Serana Joy, Sam and Di Maggio Jones pulled off an incredible show for Unlocked Lincoln.