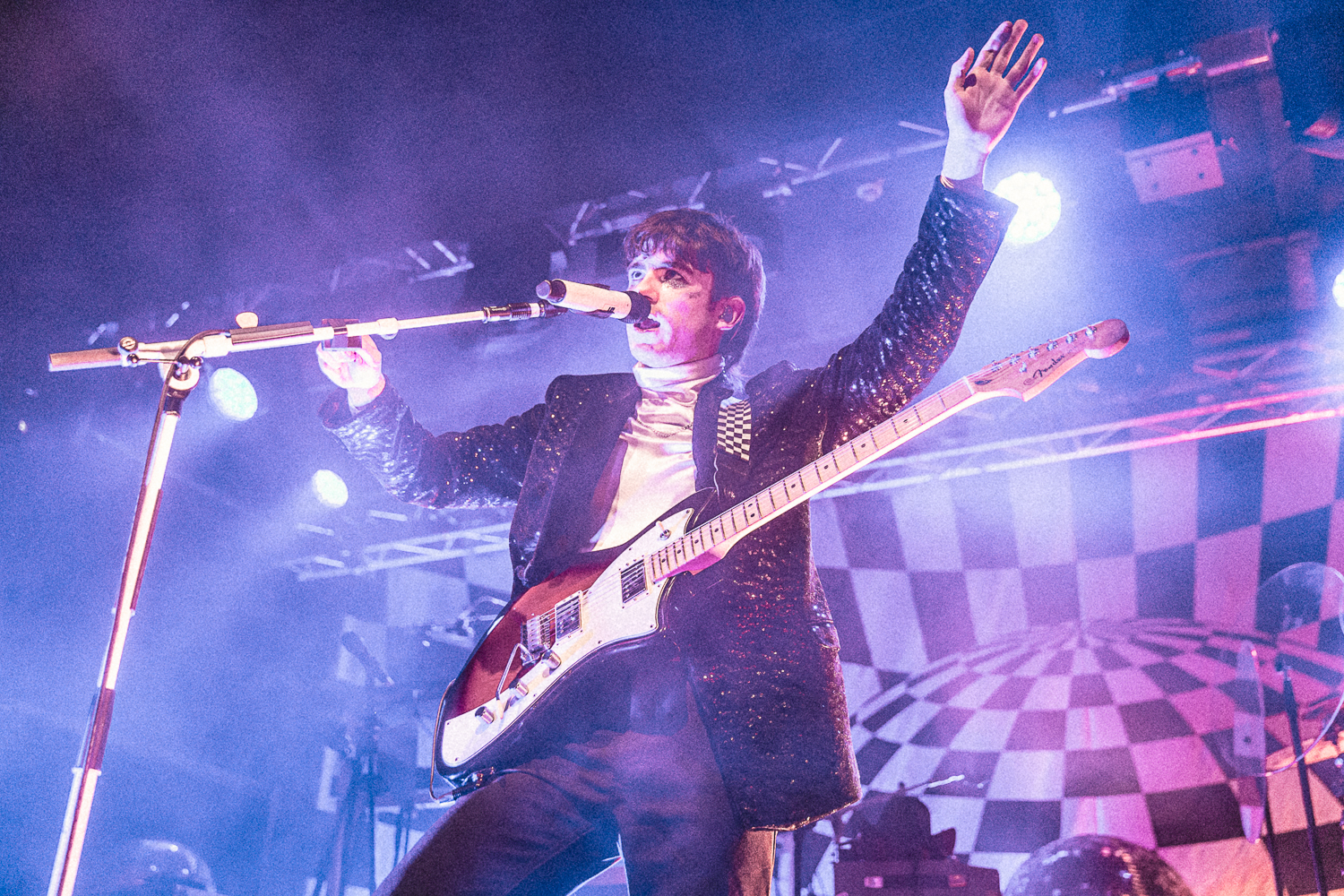 Supporting the Indie singer was CMAT, a Dublin born musical artist who warmed up the crowd for the first hour of the show. CMAT played similarly to Declan McKenna. This helped to build the atmosphere and gain some new fans ready for Declan McKenna’s performance.

In late 2019, Declan McKenna headed out to Nashville to record his second album, ZEROS, with producer Jay Joyce. By September 2020, he was battling out for a number 1 record with The Rolling Stones. Whilst Declan might have lost that battle to the Stones on the very last day of sales, it showed just how far Declan had come since his arrival.

Declan’s latest album stands as a reflection of our own culture, in a warped carnival mirror sense, but always close enough to see a familiar face staring back. It reflects an entire generation which has been born into a world where there seem to be multiple realities: social media, fake news, and post-truth. The unshakeable confidence and boldness of Declan’s voice and the stories he tells allows these songs to truly land; setting the tone for a world-building album, and this new world builds just as the world we know ends.

From the 20 played at Rock City, many were sung along with the crowd. Featuring The Key to Life on Earth, Sagittarius A* and Daniel, You’re Still a Child. Introducing the crowd with the song Beautiful Faces kick-started the night and provided a taste of what to expect throughout. Following from the first song was Rapture and then through to those featured on Declan McKenna’s album Zeros. Also played on the night in Nottingham were Brazil, British Bombs, and Listen to Your Friends which provided a nice touch to mix up the performance.

Declan McKenna’s album, Zeros projected great reflection throughout the venue. Not only did the crowd fill with excitement but Declan was also engaged with the audience and his fans.

Declan McKenna will continue his rescheduled Zeros Tour at Hull University Asylum on 10th May 2022. I would recommend anyone who gets the opportunity to book their tickets and watch this amazing performance.