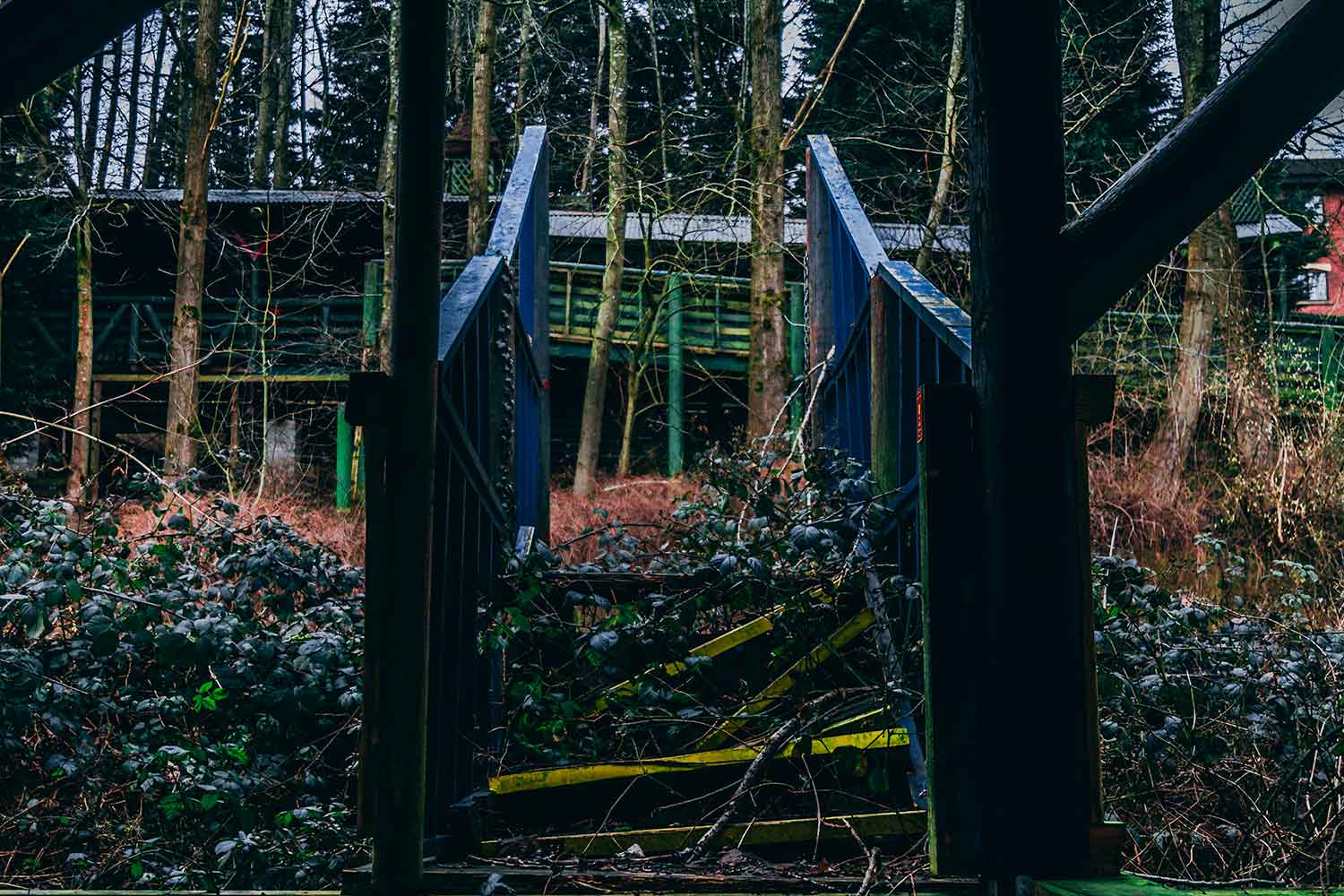 I wish for my audience to see beyond the photographs of the ‘ugly’ surroundings and dive in to see beautifully from the concept. My idea of beauty is happiness, I represent this happiness as the colour yellow. Documenting ‘ugly’ locations I photographed locations that were once the centre of happiness. Theme parks, football stadiums and the seaside are where a lot of happiness, beauty and memories are shared.

The playground of Elms Primary and Nursery School

St Anns Primary School was shut down in August 2008 by Nottingham Council to help ‘shape up’ the organization of schools in the St Anns area. The school which was built in the late 1940s is still standing due to large amounts of asbestos within the building.

Photographing a derelict primary school; a place of friendship and fun especially in the playground which is where this photograph is taken. This location works well with my concept as the location once a moment of beautiful moments from sharing happiness.

American Adventure was a theme park located in Derby which opened its doors in June 1987 but unfortunately closed on the 4th January 2007. American Adventure was originally known as Britannia Park which had been opened on the site in 1985 but closed in 10 weeks; its founder Peter Kellard was later imprisoned for fraud. The Theme park was then shut down in 2007 due to many rides being demolished because of neglect.

American Adventure was a family theme park. This is a location that encourages excitement, happiness and pleasure bringing families together.

This Football ground was once the home to Rotherham County F.C in 1907 – 1925 then their successors Rotherham United claimed the stadium; However in May 2008 talks with the owner (Ken Booth) broke down and the club was forced to move out of the stadium. As a result of this, the football ground has not been in use since.

Millmoor Ground was the football ground for Rochdale United. This location is a place where many football fans would watch their football team and support the players and encourage them throughout the game. Many people do this as a hobby because it provides excitement, anticipation and joy. Football also unites other countries together whether it would be the players from different countries of two clubs or nations playing against each other, this sport brings a lot of people closer.

Camelot is an abandoned resort and theme park located in the English county of Lancashire. The site was owned by The Story Group and was operated by Knights Leisure. The park featured many rides for the target audience of families and younger children; however, they also showcased many thrill rides and roller coasters including Whirlwind, Knightmare and the Excalibur. Camelot suddenly announced that they would not be reopening for the season of 2013 due to a major decrease in visitors.

Due to the price decrease of abroad holidays, many people are turning away the chance to go on holiday to many popular seaside towns such as Scarborough this has resulted in Scarborough council not receiving enough money to invest in the cities attractions resulting in them to decline.

Due to the price decrease of abroad holidays, many people are turning away the chance to go on holiday to many popular seaside towns such as Scarborough this has resulted in Scarborough council not receiving enough money to invest in the cities attractions resulting in them to decline. Yet this location was the host of many holidays, and great memories, unfortunately, these locations have all turned to decay and became visually ugly, yet there is still beauty within them.